Firstly thank you to all the people who commented on my last post. There was some very nice messages. Secondly i hope you all had a fantastic Christmas. It is hard to describe my Christmas this year because there was a lot of good things and bad things that happened. And some of the bad things where really bad. My step-dad has not liked Christmas for years and years now. And instead of just keeping it to himself he walks around with a scowl on his face and snapping at everyone at every chance he gets. I over the years have gotten used to this and ignore it. But it is a shame for my brother Tom to see his dad do this. he is only 9 so he doesn’t understand his dads actions ( to be honest none of us do ). But every year from November he does it again and every year it spoils it a bit for everyone. But this year he was especially bad. Sitting at a table with his back to everyone not speaking.Wishing they would go. He is upset about his mum though because she went into a home this year. Also she has developed dementia ( i think) so he is sad that this could be her last Christmas. But he needs to not show that on a day where his son is super excited and hyped up about something special. So my Mum and stepdad have argued about this for days (and other things). They eventually sorted it all out yesterday. But he nearly got kicked out as well for another thing that i cannot tell you about. It was sad for me to see my Mums face upset and worried all over Christmas because it is supposed to be about family and caring for each other and we had the complete opposite. But apart from this i tried to have a good Christmas. My brother came around with his family on Christmas day and he cooked us all a turkey and sprouts and gravy and everything. It was pretty nice. In the house over Christmas there was about 15 people in so for me this was a tricky situation. I didnt want to spend all day by myself upstairs and i didnt want to go in the living room because it is too small for 15 people. So i spent most of the time in the hall playing with my brothers sons to keep them entertained. On boxing day when we all went round to Adams one of his sons Declon said thankyou for playing with me which meant a lot to me. Other good thing where of course presents. I got some blue rays and a big Lego set( i love Lego ), some shortbread, a Monopoly set, chocolate, shaver, and more good stuff. I was pleased about how i didnt run off upstairs like i used to do and stay there for a few hours. Before i end this post though I have to say my Stepdad has made a great effort about changing his attitude and mood. The whole family is influenced by one persons mood. It is like the tide of the ocean, swaying back and forth as the mood changes from one thing to another. Thanks for reading. 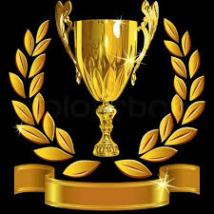 Since it is coming up to the end of the year i thought i would write about some of the things that i have improved upon throughout the year or accomplished. Probably my biggest improvement this year is going into a shop by myself and paying at the till. I never would have thought i could have done anything like this a year ago. A year ago my brother would say to me on one of our drives, he would say would i like to nip into a paper shop that we go past and go and get a Monster energy drink for him and one for me. And i would sit there in the van and try to talk myself into doing it as we neared the shop. But as we got closer and closer my thoughts and mind quickened. My heart-rate also started increasing and beating faster and faster and when we got there i had talked myself out of it. Then one day i surprised myself. We got there and my legs seemed to walk on their own to the shop. And i went in and i think there was only 1 other person in so i grabbed 2 monster energy’s and went to the till. I didn’t speak apart from the word “thankyou” when she had served me but it is progress. I thank my brother Adam for helping me do this because he talked me into going in but after months of other small steps that helped me get to that stage. Another Accomplishment of mine this year is that i got fitter. I have Adam to thank for that too because he is the one who i do exercise with. whether it be walking up Darwin or playing Tennis i always do it with Adam. i also have spurred Adam on getting fitter as well this year because of Tennis. I sometimes pushed him to go to the park and play Tennis when he didn’t want to. He would probably be glad of this now because he has gone really slim and he is a lot fitter. When we started doing exercise about 4 years ago he was about 18 stone. Now he is about 13 and a half stone. so he has really trimmed down. This year as well i try not to think about things that worry me so the anticipation doesn’t  build up. This enables me to push further and further into being able to live a normal life. It is hard work though. i may never live a normal life but every year if i continue to make further progress i could come close. One last thing i have achieved this year thanks to you is to have a blog that i am really proud of. If you wouldnt have like or followed me i wouldn’t have continued to write but you did so thankyou. I have just reached 100 followers the other day so that is a perfect way to round of the year of my accomplishments. Anyway I hope you have a very merry Christmas and a happy new Year. Thanks for reading.

Since the new generation of consoles are here i thought i would write down my top 5 favourite games on ps3:

5. Fallout 3/ Oblivion.The world on these games are massive and you can explore every inch of them. That is why there is a lot of game-play to be done with this game. And the Roleplaying part of it is what makes you want to carry on playing. You can advance your character into bigger and better things.

4. Lego video games. On ps3 me and my brother Tom played a few Lego games. And they are all so good, that is why i cannot chose a specific one. They have great replay value and they give me and Tom something to do together what we both love.

3. Uncharted 2. This game when it came out was amazing. The graphics and game-play and story where blockbuster standard.

2. Assassins creed series. This would have been top probably if they would take there time with each game. Don’t get me wrong they are still really good games but sometimes they seem rushed because they try to release one every year now. But i like that you can climb up any building that you want. Also it is set at different times at history so on Assassins creed 2 you are playing in the Renaissance for example.

1. My Favorite game is Borderlands 2. This is because i have spent a lot of time on it with my brother Adam. So it has kept me preoccupied. And it is a role playing shooter. So you can find loads of new guns and level up your character. Also this game has a great (kind of) unique art style.

So that is my top 5 favourite games on the ps3. They change every year so they will probably be different next year. Also with a top 5 it is hard to squeeze games into it. Like i have missed out great games like Portal, Grand theft auto, Fifa and even more great games. Thanks for reading .

Follow MY LIFE AND LIVING WITH AUTISM. on WordPress.com